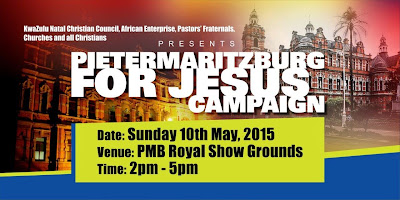 Beloved Pastor
Greetings in Jesus name. I pray that you would prayerfully consider these prophetic impressions I have had concerning the Combined Citywide Meeting 10th May Show grounds.
THE MOUNT CARMEL SUMMIT.
Build up to the event: In January at the ISI CONFERENCE held in Soweto at Moso Sono’s church. We were informed of Evangelist Dag Heward Mills Healing Jesus Campaign intention to come to KwaZulu-Natal. I passionately appealed to them to consider PMB. The set up team stopped over on their way to Durban to finalise arrangements. They walked into a prayer meeting and the next day meet some Pastors who welcomed the idea. We received word that we were favourably considered.The rest is history. Senior ministers said that they never experienced such a unity of ministers across racial, colour and denominational lines synchronised.
The plans were forging ahead full steam.THEN THE XENOPHOBIA ATTACK ON FOREIGNERS caused the Healing Jesus Campaign to be postponed. When the City Pastors were informed of the intentions to cancel, The city pastors unanimously decided to go ahead with a combined event at Showgrounds and the other 2 nights in the zones. I was suggested to be the speaker
As I waited on the Lord 1 Kings 18 began to develop in my spirit.
THE PLACE:
Several years ago the late Pastor Aaron Govender while attending the annual show had a vision that the City Church would be assembled there to worship the Lord. I believe our meeting there is the fulfilment of that prophetic impression.
2) The People:
a) King Ahab representing the government was there. We visited both sectors of government. The Provincial and Municipal will be represented.
b) The 700 prophets who would not bow the knee. I believe that many ministries that have been concealed are going to be activated. At our mount Carmel (Showgrounds)
c) The believers who Elijah addressed Why halt you between 2 opinions.
d) The Flash prophets of Ball who had to be defeated.
THE PURPOSE :
TO RETURN TO THE HONOUR OF GOD.
THE PROCESS:
a) Obedience: "All these things have I done according to thy word"
b) Prayer.
c) Sacrifice. Pastor we know your program is full and it's mothers day. But your sacrifice will be rewarded.
THE POWER.
a) When Israel saw the demonstration of Power they said " The Lord He Is GOD".
I BELIEVE WHAT EVER HAS HAPPENED IN THE DEVELOPMENT TO THE 10th MAY HAS BEEN DIVINELY ORCHESTRATED AND WHEN THE FIRE FALLS ON OUR MOUNT CARMEL( SHOWGROUNDS) THE WHOLE CITY WILL BE SATURATED WITH RAIN
PASTOR Please be present and motivate your people to be present.
Blessings
John van Niekerk.
Email ThisBlogThis!Share to TwitterShare to FacebookShare to Pinterest
Newer Post Older Post Home 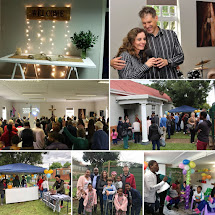 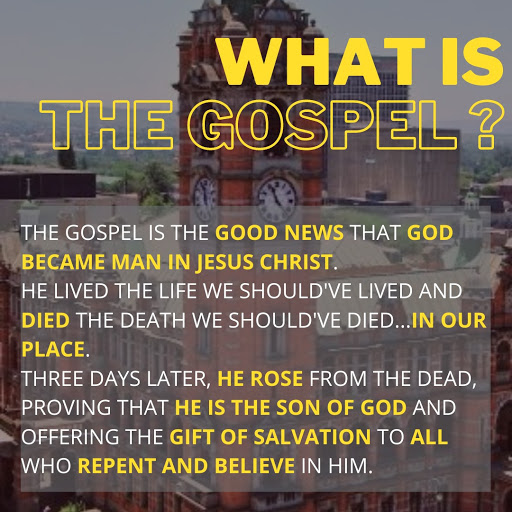