The Good News About Marriage...


This is a game-changer. Talk about “an old wives’ tale.” You’ve heard it said that:
1) 50 percent of all marriages end in divorce;
2) most marriages that do happen to make it are, nonetheless, unhappy, and
3) Christians are just as likely to divorce as non-believers.
These claims, long understood to be research-based facts, never quite sat right with me. Still, admittedly, while these assertions do swim upstream against the flow of both our common sense and our common experience, we have, nevertheless, accepted them (present company included) as valid because – well, you know, because “social science …”
As it turns out, your gut was right. It’s all nonsense – urban legend of a sort, propagated, most likely, by the same post-moderns who today seek to similarly undermine the God-designed institution of legitimate man-woman marriage by redefining it into oblivion.
Shaunti Feldhahn is a Harvard-trained researcher and author. In her recently released book, “The Good News About Marriage: Debunking Discouraging Myths about Marriage and Divorce,” Feldhahn details groundbreaking findings from an extensive eight-year study on marriage and divorce. Among other things, her research found:
In an interview with CBN News, Feldhahn shared that, like most of us, she had swallowed the anti-marriage propaganda hook, line, and sinker. She believed “that most marriages are unhappy and 50 percent of them end in divorce, even in the church.”
The CBN story continues: “‘I didn’t know. … I’ve stood up on stage and said every one of these wrong statistics.’
“Then eight years ago, she asked assistant Tally Whitehead for specific research on divorce for an article she was writing. After much digging, neither of them could find any real numbers.
“That kicked off a personal, years-long crusade to dig through the tremendously complicated, sometimes contradictory research to find the truth.
“‘First-time marriages: probably 20 to 25 percent have ended in divorce on average,’ the study revealed. ‘Now, OK, that’s still too high, but it’s a whole lot better than what people think it is,’ Feldhahn added.”
CBN noted that “[T]he 50 percent figure came from projections of what researchers thought the divorce rate would become as they watched the divorce numbers rising in the 1970s and early 1980s when states around the nation were passing no-fault divorce laws.”
So, in other words (and I wish I could say I long suspected this), the 50-percent divorce figure is simply a myth based upon decades-old (and woefully inaccurate) speculation. As it turns out, the shelf-life for marriages in the U.S. has taken a sharp turn for the better since the 1970s and ’80s.
“‘But the divorce rate has been dropping,’ Feldhahn said. ‘We’ve never hit those numbers [the 50 percent figure]. We’ve never gotten close.’”
“And it’s even lower among churchgoers, where a couple’s chance of divorcing is more likely in the single digits or teens,” added CBN.
Additionally, the study determined that four-out-of-five marriages are happy. “That number flies in the face of the popular belief that only about 30 percent of marriages are happy.”
“‘Most people think most marriages are just kind of ‘eeh’ … just kind of rolling along,’ observed Feldhahn. ‘And they’re shocked when I tell them that the actual average is 80 percent: 80 percent of marriages are happy. …
“‘The studies show that if they stay married for five years, that almost 80 percent of those will be happy five years later,’ she concluded.”
Still, of the study’s many myth-busting revelations, the fact I found most interesting (and instructive) was this: Of all marriages, Christian marriages prove the most durable.
“‘The Good News About Marriage’ also reveals the divorce rate among those active in their church is 27 to 50 percent lower than among non-churchgoers,” noted the report. “Feldhahn’s hope is that once people learn the truth that they will spread it far and wide.”
“‘This is a great chance,’ she said, ‘to stand up and say. We were all fooled. Not anymore.’”
Indeed, “Fool me once …” and all that.
I’ve covered it before. Here’s what marriage is: the God-ordained, lifelong, covenantal union between man and wife, designed to provide men, women, and children optimal stability and overall well-being. Marriage is that biologically, spiritually, and morally centered institution calculated to ensure responsible procreation and perpetuate the human race. Marriage, real marriage, represents the fundamental cornerstone of any healthy society (any society that hopes to survive, at least).
Here’s what marriage is not: Anything else.
In short, marriage is what it is.
It’s encouraging to learn that, even under the increasing barrage of no-fault divorce and sin-centric marriage re-definition artillery, this cornerstone institution has, thus far, survived all efforts to destroy it.
It’s even more encouraging to learn that, as with all things, marriages built upon the rock of Christ prove stronger still.
I agree with Shaunti Feldhahn. Let’s spread the good news far and wide.
Email ThisBlogThis!Share to TwitterShare to FacebookShare to Pinterest
Newer Post Older Post Home 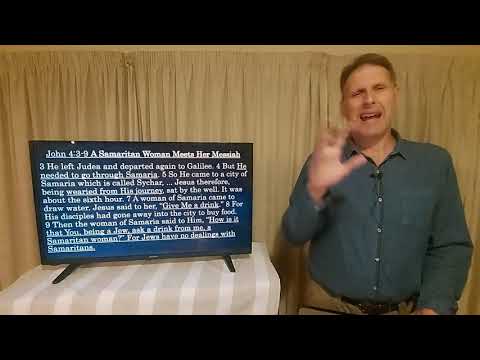 Join us for a Worship Service